A home based family-oriented home. We provide 3 meals a day, activities, laundry, cable and wifi. We would love for you or your loved ones to join our community.

Our affordable Independent Living apartments provide convenience and individualized services in a warm and friendly environment. Theresa Maxis is designed to provide housing for self-reliant, low income residents under the HUD Section 8 program. Theresa Maxis is managed by Trinity…

The Village of Woodbridge Manor

Welcome to Bicentennial Tower Apartments in Detroit, Michigan. Looking for a place that caters to superb location and plentiful amenities? Our one and two bedroom remodeled apartments for rent in midtown Detroit are perfect for families, seniors and disabled! Surround…

Welcome to Cathedral Tower Apartments! The superb details of the beautiful architecture add to the unique character of your apartment home. We offer several distinctive floor plans that will excite your imagination and best of all make you feel right…

The largest city on the U.S.-Canada border and Michigan’s most populous city, Detroit has had a long and sometimes difficult history. Once the automotive center of the country, it has now re-established itself as the primary business, cultural, and financial hub in the region. Downtown Detroit is at the heart of the city’s revitalization. Major construction projects have been completed including two new st 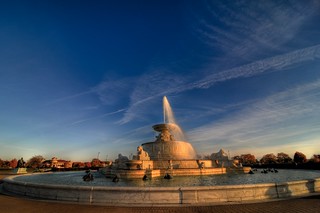 adiums – the Ford Field and Comerica Park. Several world-famous events were recently held in the city and the Detroit Lions now call it home. All these positive developments make independent living in Detroit an exciting and attractive prospect.

The Detroit Area Agency on Aging (DAAA) is committed to improving and enhancing the lives of older adults in the city. It currently serves over 60,000 seniors in Detroit providing several valuable programs and services including community access, health and wellness information, Medicaid and Medicare assistance and much more. The DAAA is also a staunch advocate and supporter of senior rights, and actively participates in the ongoing national dialogue about elderly care. Detroit independent living residents have a vocal and dedicated support organization in the DAAA.

Generally considered an urban locale, it’s difficult to imagine a 982-acre island park within easy reach of Detroit. Belle Isle is the country’s largest owned city-park. It is also where the Belle Isle Conservatory can be found. The Conservatory is also known as The Anna Scripps Whitcomb Conservatory, named after a generous donor. Its 85-foot tall dome is a familiar Detroit landmark. It has 20 greenhouses, most of it housing a collection of 600 orchids, a lily pond, and several well-tended tropical palms and plants. It offers an oasis of calm and lush greenery in an ultra-urban setting – something every Detroit independent living resident must surely appreciate.

The Suburban Mobility Authority for Regional Transportation (SMART) has a Connector service specifically designed to assist seniors and people with disabilities in getting around the areas they service, including Detroit. SMART offers reliable curb-to-curb transportation assistance with no distance restriction for the elderly and disabled. Using SMART’s Connector service is an excellent way for seniors enjoying independent living in Detroit to go practically anywhere in the city.

Detroit offers big-city amenities such as a first-rate hospital network and dependable transportation systems, as well as refreshing pockets of green space.

Other Senior Living in Detroit, MI