St. Martin's In the Pines

St. Martin's in the Pines is a continuing care retirement community offering all levels of care. We are a not for profit faith based community that ha...

Kirkwood by the River

Compare Costs, Photos, & Reviews of Other Options near Birmingham, AL

Chateau Vestavia Retirement is based in Birmingham, AL. Seniors can enjoy a convenient location on Columbiana Road, with Horizon Church and the Vestavia Church of Christ close by. Wald Park is within easy driving distance and offers a variety of…

Galleria Woods Independent Living was chosen by my Mother, brother and myself 8 years ago for the opportunities it provided to stay active enjoy the company of others. We expected that if and/or when the time came when skilled care was needed Mother would be treated with the same professional and respectfull care in th...

Information About Retirement Communities in Birmingham

Birmingham is located in Jefferson County, Alabama, near the center of the state. With a population of 212,237 as of the 2010 census, it is the largest city in Alabama. Birmingham was founded during the Reconstruction Era after the Civil War, and its steel and iron production earned it the nickname ‘The Pittsburgh of the South’. The weather is usually very warm in the summer, with mild winters and plenty of rainfall year-round. Thus, for senior citizens that want to retire in an area that has traditional, seasonal weather, Birmingham retirement communities make an excellent choice. 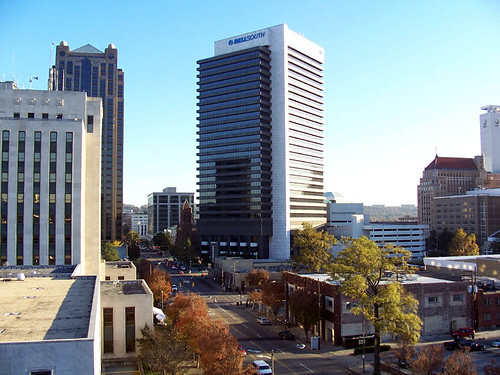 Birmingham hosts several festivals throughout the year that showcase music, film, culture, and history. The city is also home to a large statue of Vulcan, the city’s symbol, as he was the Roman god of iron and blacksmiths, a nod to the city’s history of metalworking.

Residents of retirement communities in Birmingham have access to services offered by the Jefferson County Council on Aging, which is also headquartered in Birmingham. The council provides meals on wheels to area seniors, as well as assistance affording prescription medications to seniors who qualify. The council also sponsors an Ombudsman program to provide advocacy for local seniors. In addition, the Jefferson County Office for Senior Citizen Services provides employment and community service training to adults over 55, as well as consumer education, financial planning, insurance and legal assistance, wellness programs, and transportation. The office also runs several senior centers throughout the city, offering meals and recreational activities including shopping, crafts, and trips.

Downtown Birmingham is currently growing at a rapid pace, introducing lots of shopping and restaurants for locals to enjoy. There is also a thriving cultural scene in Birmingham, including many activities for those who appreciate arts and theater. The Birmingham Museum of Art is the largest art museum in the southeast. The Alabama Symphony Orchestra and Opera Birmingham both perform at the Alys Stephens Center, and the historic Alabama Theater hosts numerous performances and film screenings. Birmingham is also host to the state’s largest ballet, the Alabama Ballet. Because it is the site of some historical civil rights movement moments, it is also home to the Birmingham Civil Rights Institute. Established in 1945, the University of Alabama Birmingham Hospital is the highest rated hospital in Alabama, closely followed by Brookwood Medical Center, which was ranked second best among many competitors in Birmingham. Both rank highly for cardiology and heart surgeries, cancer, and diabetes and endocrinology, but University of Alabama Birmingham Hospital was rated especially well in geriatric care by US News and World Report Health. They also ranked very high in rheumatology, offering exceptional care options for seniors with rheumatoid arthritis. There are also several other options for medical care in Birmingham, including St. Vincent’s Birmingham, Trinity Medical Center, and Princeton Baptist Hospital.

The Birmingham-Jefferson County Transportation Authority (BJCTA) offers accessible and affordable transportation for seniors residing in Birmingham retirement communities and other area seniors, as well as disabled persons. Seniors 62 and older, or those with a Medicare card, are eligible for a reduced fare. Seniors with mobility challenges can take advantage of BJCTA’s Paratransit (VIP) Service, a shared ride, curb-to-curb service for disabled individuals. Birmingham Next (formerly the Birmingham Area Seniors Coordinating Council) also offers transportation services to adults aged 50 and older, in addition to a variety of other supportive services and resources.

Other Senior Living in Birmingham, AL