Brookdale Santa Fe is an exceptional senior living community in a gorgeous scenic location with unlimited recreational opportunities both in Santa Fe and on our beautiful property. Residents of our community have the ability to personalize their services with us, only requesting assistance that they truly want or need.

Brookdale Santa Fe of Santa Fe is a Brookdale facility, which is a leading provider of services for seniors. Brookdale has more than thirty years of experience providing seniors with the quality and level of service they deserve.

At Brookdale Santa Fe, we have cultivated our amenity offerings with your desires in mind. We have a full-service dining room with table-side service where our staff will make sure that you enjoy a delicious and relaxing meal. We also have an on-site beauty/barber shop so you never have to worry about traveling offsite to take care of your beauty needs.

Our game room gives you a chance to play your favorite card games with old friends and a chance to make new ones. If you like pool, then you'll love our billiards room where you can engage in a friendly game of competition. Other amenities at your disposal include on-site banking and postal services.

We offer both independent living and assisted living services for our residents. Our dining program provides three nutritious meals prepared each day. Enjoy dishes prepared with fresh ingredients and choose from an assortment of dining options on the menu.

Our housekeeping staff works diligently to keep apartments clean and fresh. We are also able to provide a weekly linen service as well as door-to-door transportation services to pre-arranged personal appointments and other outings.

At Brookdale Santa Fe at Santa Fe, we believe in exceptional living and want your experience with us to be a reflection of that philosophy. We offer the opportunity for residents to enjoy a healthy and active lifestyle while having access to excellent supportive services.

Help with Activities of Daily Living

The best way to get to know a community is by scheduling a tour. See the facilities, meet the staff and residents, and get a feel first hand what it's like to live at Brookdale Santa Fe Assisted Living. 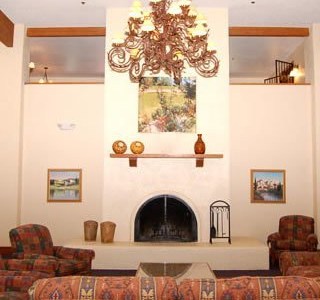 I Visited This Facility

Brookdale Santa Fe was nice and pretty, and the rooms were really nice. They had exercise classes, movies, gym, a salon, and activities.

My dad moved to Brookdale of SF in July, 2015. He is coming up on a year. Frankly, for the cost, he has been very dissatisfied. The food is subpar, verging on unhealthy, the cleaning crew is overworked and understaffed, and the facility in general is in need of upgrades. The rooms are decent, but in my father's, the cooling system was underpowered for the space. Maybe it's the classic case of big business being aloof to the needs and wants of their clients because, after all, they aren't exactly going to revolt and move out. How can they? Most are physically unable. But my father will. It won't be easy, but he will move to a better place. One plus: the staff was/is generally client centered, but the administration I'm sure feels the budgetary pressures of the out of state bosses and cuts corners where they can. Assisted living has become big business.

Was review this helpful? 20 PEOPLE HAVE FOUND THIS HELPFUL
Yes

24 Reviews & Ratings From Around the Web

Enter your email address below to get more information about Brookdale Santa Fe.

Get Pricing & Availability for